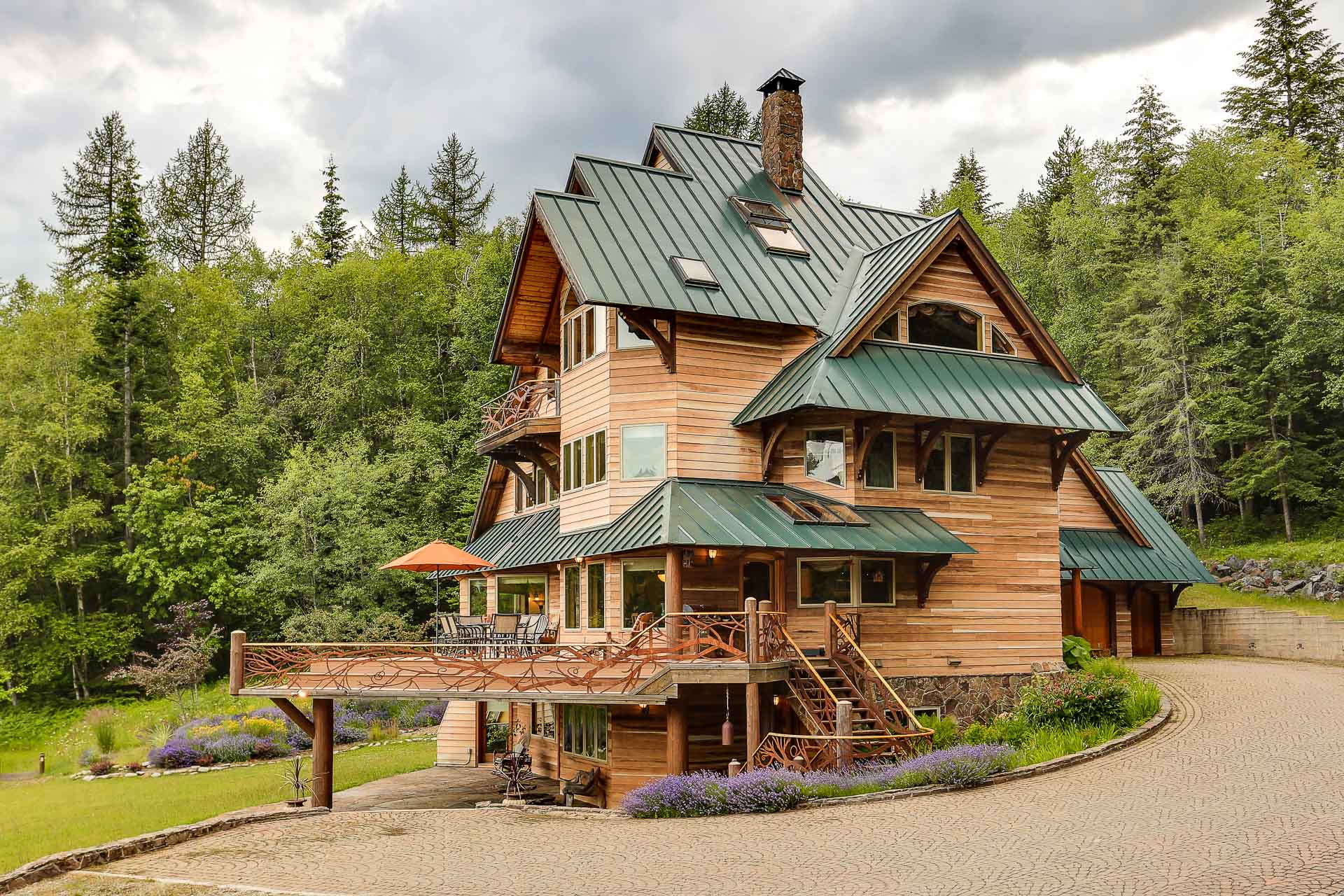 This beautiful mountain home in North Idaho has an interesting history. Originally the dream come true for well known painter Stephen Lyman and his wife Andrea, the building of the home was started in 1992 after a 3 year design period. The details and finishes in the home were “inspired by all things natural and alive” according to the couple. This stunning home was given the name “Anavo” which is a Celtic word meaning “harmony.”  The home contains 5 levels and includes a custom kitchen, lots of windows and natural light, an artist’s studio, 3 car garage, and custom details throughout. The children’s rooms have log bunk beds and ladders to go between upper and lower floors.  On the fourth floor each door is different. Imported from Peru, Spain, India, and Indonesia, each is a work of art.  The fifth story loft is called the “sky room” and is a private retreat hidden behind a door in the kids’ playroom that could easily be mistaken for a closet.

During construction in 1996, Stephen passed away in a tragic accident while hiking in Yosemite National Park. His wife carried on their dream of completing the home and did so by 1997. Years later, a second home was built on the property for guests and family. It features two bedrooms and one bath, a large shop/barn, and an open kitchen and living room. 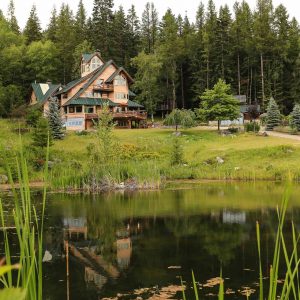 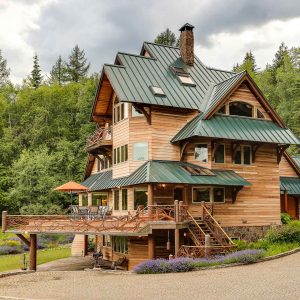 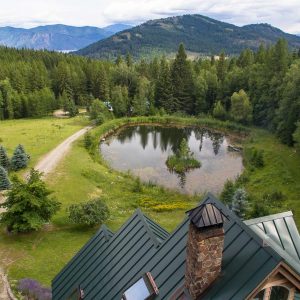 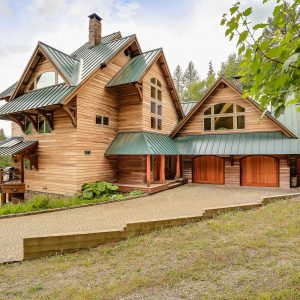 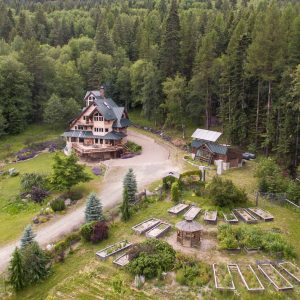 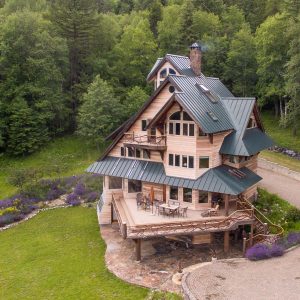 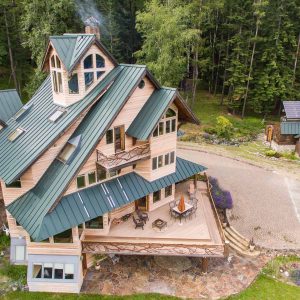 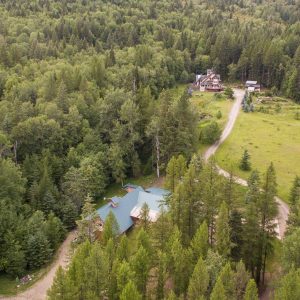